Contact us
Research Center
ObjectivesThe DatabaseThe Library
Search Database
Hijaz Railway Station
Location
Damascus
Country
Syria
Architect/Engineer/Team
Fernando De Aranda
Construction
1912/1917
Address
Central Damascus
Project Status
Built
Building Type
Public building
Notes
The railway station introduced a new building type into the country in what came to be viewed as a "modern Arab" style. The building has a symmetrical tri-partite street façade which central entrance leads into a grand hall and is similar in plan to many European railway stations of the time. The innovation is in the architectural expression of the crenellated arched openings and the detail in the stonework, referring to the geometric patterns and structure of older Syrian architecture, while including new elements such as a large clock. The building remains an important reminder of the beginning of a new regional style that lasted until the mid-century.
Sources

Information in this database is updated constantly. Do not hesitate to send us comments, information, or illustrations (with appropriate credits) to database@arab-architecture.org 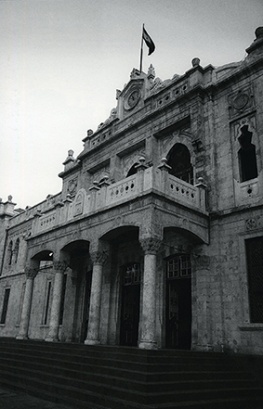 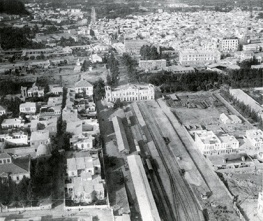